The Chettiar adventures in Burma

The village of Kanadukathan is a couple of hours from Madurai in Tamilnadu. If you walk through the village, you will come across streets full of grand palatial homes. These are the mansions of the Chettiar community; built with wealth from their trading and financing businesses around the world. A lot of the wealth came from Burma, which was then part of British India.

The Chettiars had followed the British into Burma in the 1820s. Initially they were small traders and financiers. But the opening of the Suez Canal in 1869 provided a golden opportunity for the growth in the fortunes of the Chettiars. 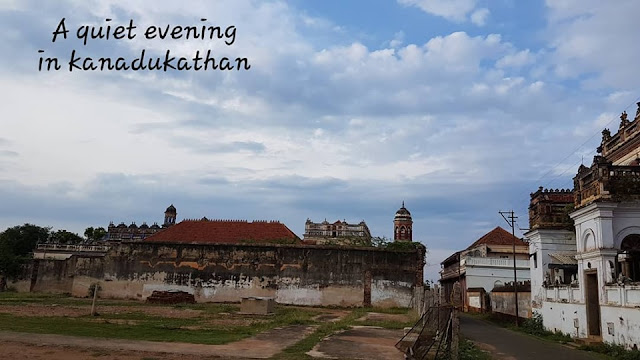 There was a great demand in Europe for rice, and the Suez Canal opened up opportunities for exports of rice from Burma. Burmese cultivators made the most of the opportunity, transitioning from subsistence farming to large scale rice cultivation. Formal bank loans were not available to Burmese agriculturists. The Chettiars provided loans, with and without collateral, for farming activities. But that was not all. They took deposits, remitted funds, discounted bills, bought and sold gold, and provided much of the necessary funding that enabled the rice trade. In other words, they became not just moneylenders, but bankers to the rice trade.

Dr. Sean Turnell, a researcher at Macquarie university says that the Chettiars gave loans to farmers at rates between 9 to 15 percent. When there was no collateral the rate could be upto 25 percent. He further says that these loans were reasonable, given the cost of business and the risks. The Chettiars look almost benign when you compare them with other local moneylenders, particularly Burmese landlords who offered their tenants something called sabape, a loan made "in kind" rather than in cash, at usurious rates of over 100% per annum.

Burma went on to become the "rice bowl" for Europe in the second half of the 1800s and in the 1900s. Exports grew. But as is common among British colonies, the people of Burma had very little share in this prosperity. Rangoon's wealthy elite were foreigners - the British and their Indian merchant partners. As the wealth of the Chettiars grew, they invested in building lavish mansions in their hometowns in Tamil Nadu.

But the global depression of the 1930s badly affected Burma, resulting in the near collapse of paddy prices. Vast tracts of cultivable lands passed to the Chettiars, as farmers defaulted on their loans. It was a time when a wave of anti-foreign sentiment grew in Burma, and the Chettiars were the target of much vilification.

Then came WW-II, and with that, the fortunes of the Chettiars took a further turn for the worse. In 1942, Rangoon fell to the Japanese and the Chettiars fled Burma along with the British, travelling overland from Rangoon to Assam. Many are believed to have perished in the journey.
Eventually the British declared Burma independent in 1948. Although they had rightful title, the Chettiars could not successfully claim compensation from the new government which took over agricultural land. In 1962, when a military coup ended democracy in Burma, they lost their claims, and Burma became just a memory.

The Chettiar mansions remain a lasting legacy of those times, with their Burmese teak and antiquities.
#chettinad
#tamilnadu
#magictoursofindia
#chennaimagic
#maduraimagic
Posted by Deepa at 9:31:00 AM