The Nagapushpam in Mylapore, Chennai

Nagpushpam/ Nagapoo / Nagalingapoo (literally, snake flower, from the Cannonball Tree) is said to be the favourite flower of Lord Shiva. It gets its name because the flower has a hood, resembling a snake (naga). Because it is often offered to Lord Shiva in prayer, it is also known as Shivalinga poo. 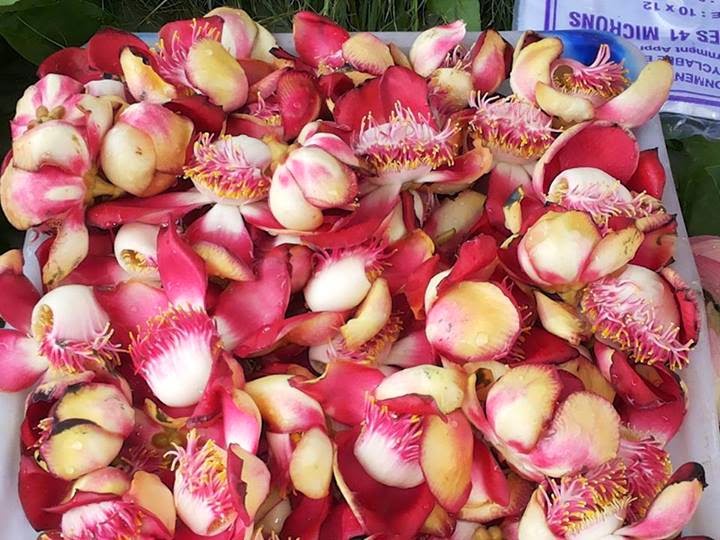 This particular bunch of flowers was photographed in the bazaar at Mylapore in Chennai. Mylapore has always been the religious and cultural epicenter of the people of Chennai.


Mylapore was once a great port, with a great shore temple, dedicated to Lord Shiva. When the Portuguese arrived in the mid 16th century, they destroyed the temple, and pushed Myapore inshore, where it still stands today. The temple to Lord Shiva was rebuilt 300 years ago and is today known as the Kapileeswara temple. Naturally, the flowers are quite popular in this market.


Funnily enough, the tree is not native to India; it originates from South America. It is not clear when the tree arrived in India, but it is widely cultivated, especially near Shiva temples, both in north and south India. I am told that even for worship, the flowers are picked from the ground; instead of being plucked from the tree. That is unusual in India.

There are some blogposts about the Buddha actually dying under the cannonball tree; but those writers seem to have mixed up this tree with the sal tree or shala tree, shorea robusta. The Buddha reached a grove of sal trees in Kushinagara, and asked to be laid down there, between two trees; and that's where he died.
Posted by Unknown at 6:32:00 PM No comments:

You can see stacks of the popular Rajasthani sweet, Ghevar at Jaipur's popular sweet mart, LMB. 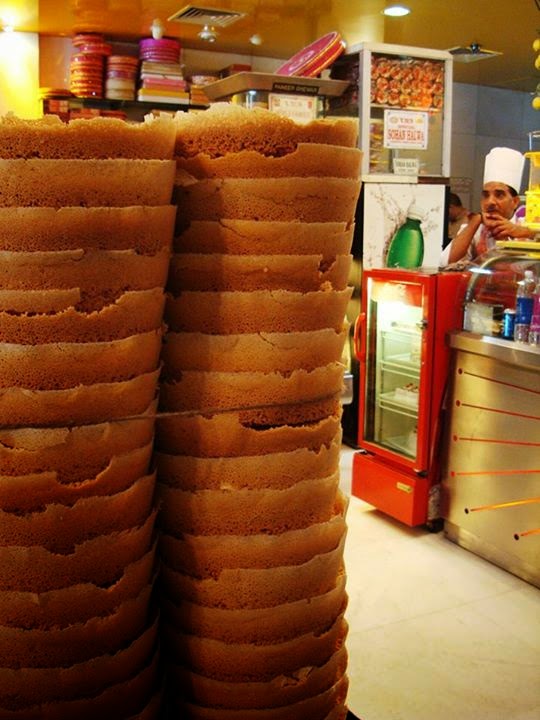 It is a disk-shaped sweet, normally prepared from oil, flour and sugar syrup. Sometimes eaten plain, and sometimes it is topped with malai (cream) or mawa (dried full-fat milk). You can also eat it with milk, or the milk based sweet, kheer.

Ghevar is traditionally associated with the festival of Teej, where women pray for the well-being of their husbands, and raksha bandhan, that celebrates the bond of between a sister and brother.
Posted by Unknown at 3:23:00 PM 1 comment: