Ugadi or Telugu New Year was celebrated today. A traditional banana leaf spread with all the yummy festival dishes. Special dishes are made with flavors of sweetness and bitterness to depict the ups and downs of life! 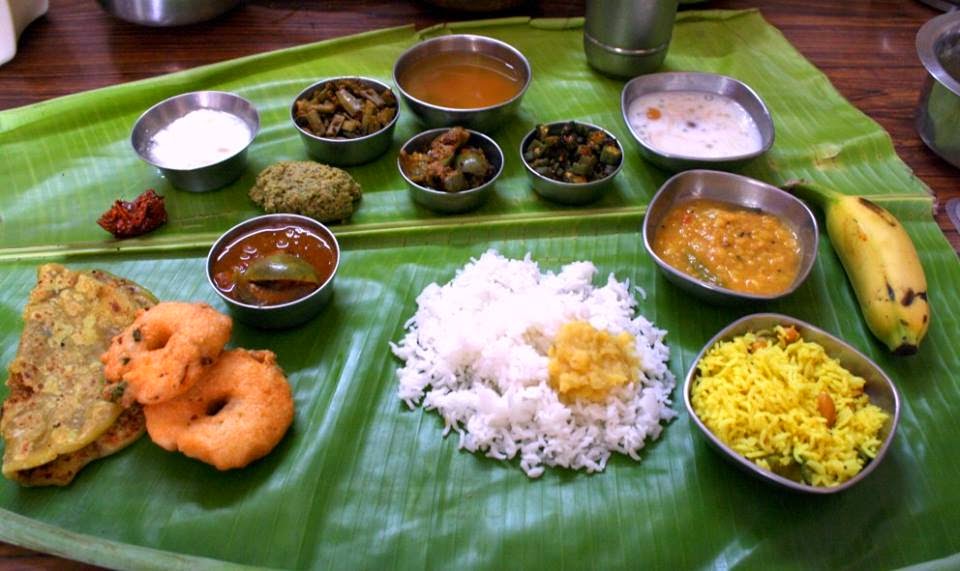 The Metcalfe Hall, named after Lord Metcalfe, who officiated as Governor General of India from March 1835 to March 1836. The architecture shows clear Greek influences. It was originally conceptualised as library. The annex building of the Asiatic Society is on the ground floor. The Archaeological Survey Of India (ASI) has a small museum on the upper floor. 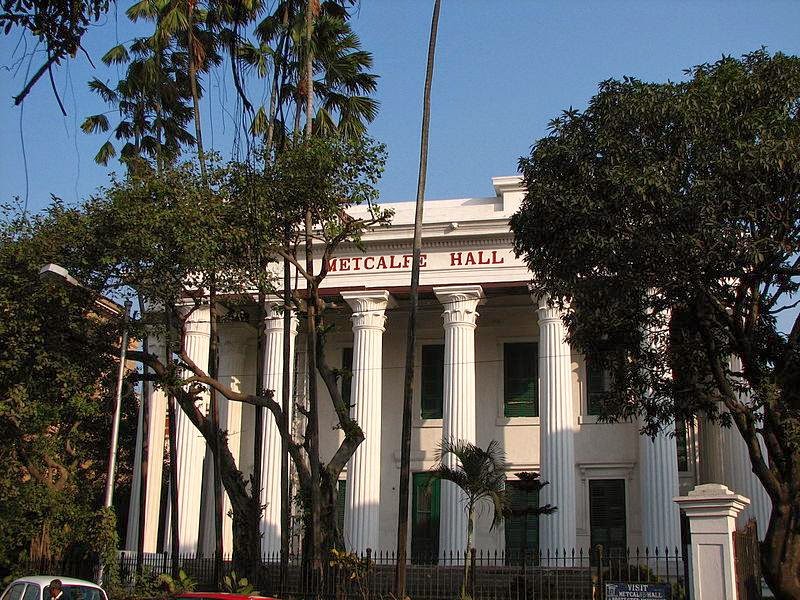 Fine sandstone sculpture of Lord Shiva's head, 8th Century, in the Central Museum Jaipur (Albert Hall Museum). The finely chiseled facial features and the subtle smile show the high artistic and empathetic skills of the time. The third eye is clearly visible and the elaborate hair arrangement is beautiful.

The sculpture is from Baansi, near Udaipur. Bansi (or Baansi) is one of the principalities under the house of Mewar (Udaipur kingdom). It is about 2hrs drive from Udaipur, in Chittorgarh district, and known for its temples. The Shaktawats who ruled Bansi are patrilineal descendants of Prince Mir Shakti Singh, a brother of Maharana Pratap of Mewar dynasty. The area got its name from the many bamboo trees (baans) in the locality. It is primarily a Hindu area with many hills and temples. 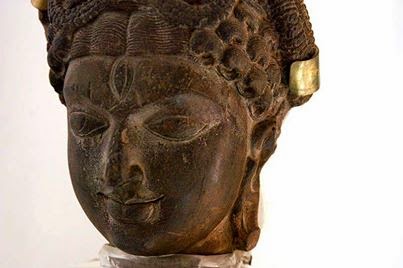 The Shila Mata (Stone Mother or Stone Goddess) temple at Amber Fort is dedicated to the Goddess Kali. Although Jaipur is known for its murtikars (idol carvers), this particular idol was not made in Jaipur, but came to Jaipur from far away Bengal.
Raja Mansingh I of Jaipur (1550 - 1614) was sent to Bengal by the Mughal Emperor Akbar to consolidate Mughal power in Bengal and to crush anyone who resisted Mughal overlordship. The chief opposition to the Mughals came from the Bengal Sultanate (Afghan chiefs who had broken away from the earlier Delhi Sultanate) and the local landed barons of Bengal (collectively called the "Baro Bhuiyan" or the Twelve Chiefs, although there were more than 12).
Raja Mansingh I successfully quelled all oppposition, and was rewarded with three successive governorships of Bengal. Shila Devi was the patron deity of Kedar Ray, the Raja of Sripur (one of the Baro Bhuiyan). Mansingh carried away the idol from Sripur, brought it to Amer Fort and installed it in a temple. Along with the idol, Bengali priests also were brought to Jaipur, and their descendants continue to officiate at the temple.
The Shila Mata temple draws in large crowds during the winter Navratri (Festival of Nine Nights). People come not only from Jaipur city, but from the entire countryside around Jaipur. This year Navratri is between 25 Sep 2014 to 03 Oct 2014.
Navratri, or 'Nine Nights' is a widely celebrated Hindu festival. Within a year there are at least 5 different Navratris, but the most popular is the Sharada navratri (or Maha Navratri). It is believed that during these nine days the goddess Durga manifests herself in different forms, and each of these is worshipped. The last day of this Navratri corresponds with the festival of Dussehra. Dussehra has dual significance in Hinduism. While on one hand it is celebrated as the day which godess Durga slays the demon Mahishasura, it also marks the slaying of the demon king Ravana, by Lord Ram. Both events heavily emphasise on the victory of 'good over evil'.
During this festival, Amer is very crowded, as many people offer prayers at Shila Mata temple. Crowds and elephants don't go well together; so there are usually no elephant rides during at Amer Fort during this period.
Posted by Unknown at 2:06:00 PM No comments: 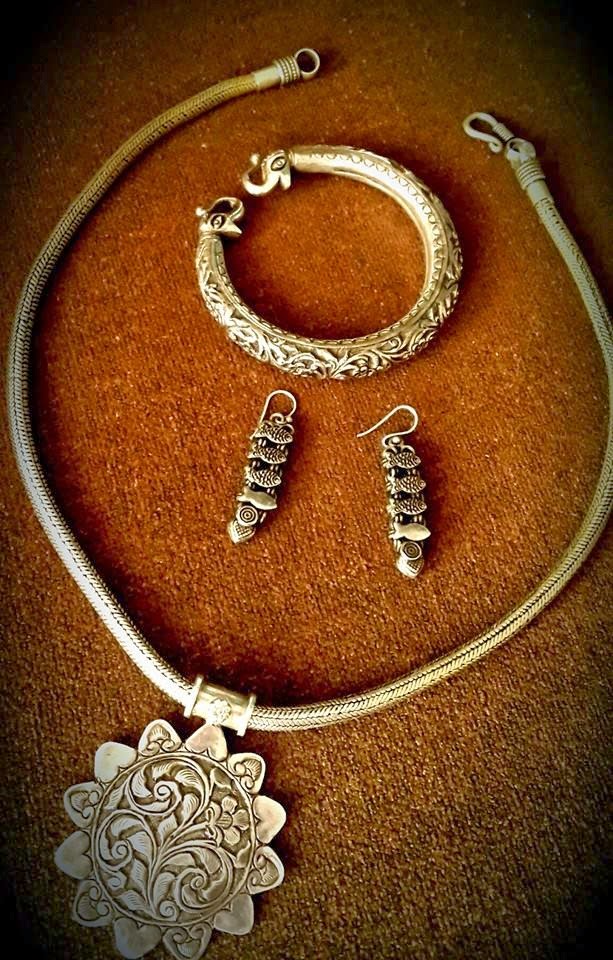 Sukra Jewellery, near Rasi Silks, Mylapore. This is my sister's haul, she was wearing it today and I photographed it. Totally drool-worthy!

If you haven't already seen it, do take a look at the CHENNAI MAGIC SHOPPING GUIDE.

Suba and I have suggested shops for fabrics, jewellery, curios, and all sorts of other things. I'm sure you'll love it! We are updating it every now and then with new items, so please pop in regularly and take a look.

If you have not been to this area of Chennai before, try our Mylapore Walk. It offers a great introduction to this religious and cultural epicenter of the people of Chennai.

During this walk, you will visit the Kapaleeswara temple in the company of our knowledgeable guide. You can also walk through the surrounding areas, where you can see Mylapore in all its crowded chaos. The jewellers, silk merchants, fruit and vegetable sellers and the flower vendors in the bazaars provide a colourful backdrop to the temple. The walk takes you through small lanes with old-style homes, through silk shops, stores selling music and religious memorablia, ‘kutcheri’ auditoriums, etc.

At the end of the tour, we stop at the popular Saravana Bhavan for snacks and coffee. More details here.
Posted by Deepa at 8:59:00 AM No comments:

Methi thelpa in progress... yummy! To be eaten with chunda (sweet and spicy mango relish) or with green chillies and mustard pickle. 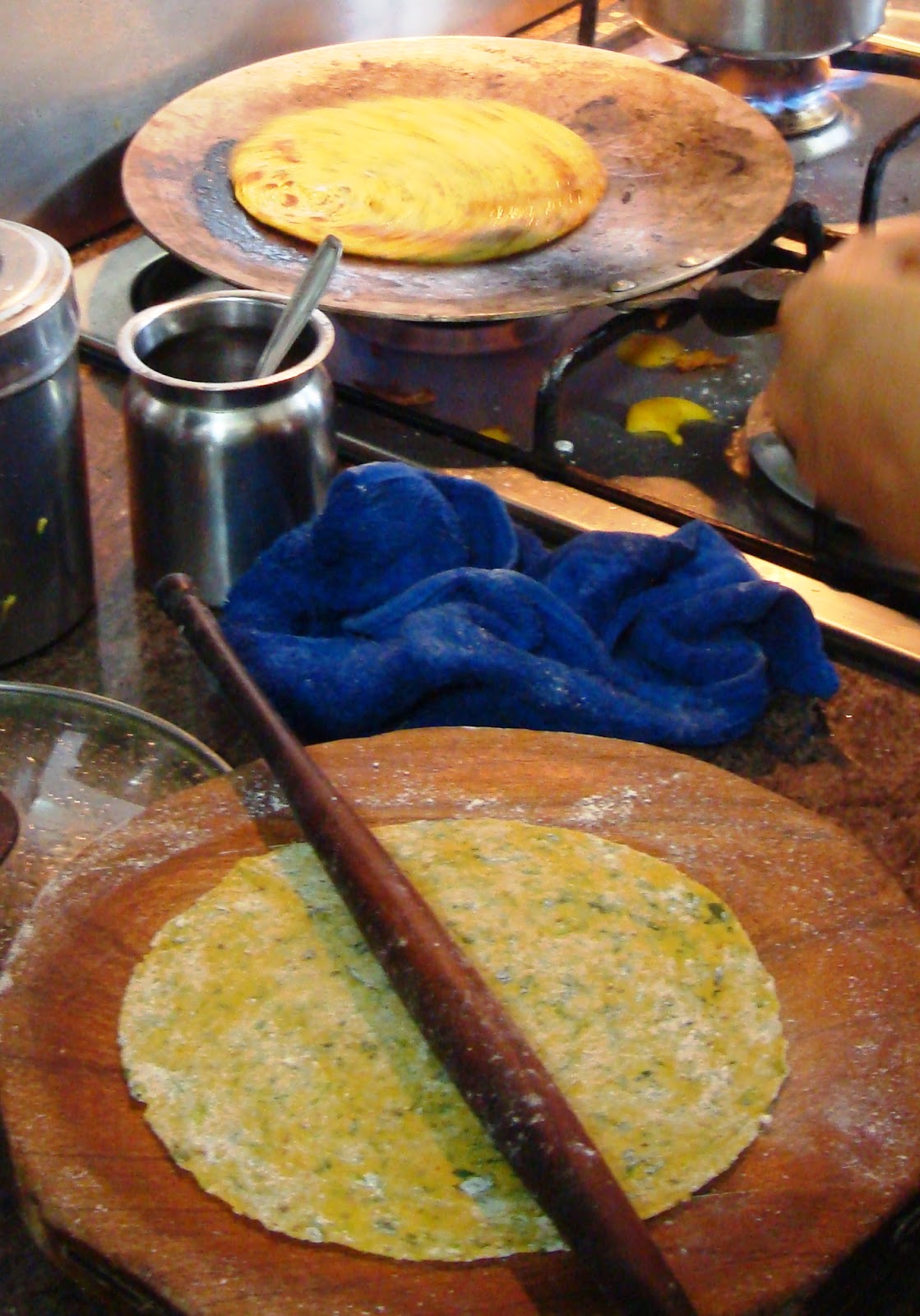 How to make: Take whole wheat flour, a spoon of yoghurt, chopped fenugreek leaves, salt, chilli powder, coriander powder, jeera powder. Knead together with water and two spoons of oil to make a non-watery dough. Roll out like chappati, cook on griddle with ghee and serve hot.
Posted by Deepa at 11:19:00 AM No comments:

These can be spotted in almost every street in Chennai. Referred to as "tharbees" by locals, these individual watermelon slices are to be relished to beat the city notorious for its hot weather. 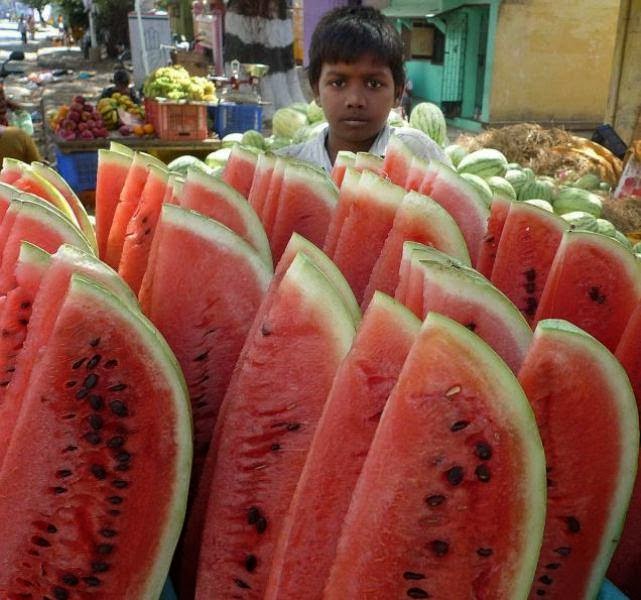 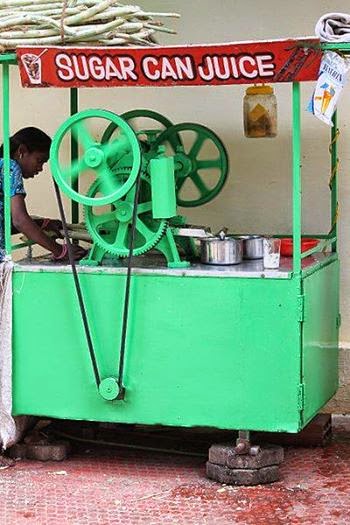 Another can-do statement as Kochi prepares to beat the heat!!

Cane Juice is excellent (just avoid the ice) what with natural sugar and minerals, this drink beats fizzy colas hands-down.

It is considered a must-have for patients recovering from jaundice, physical exhaustion and of course, for those who like the taste.

Ask for it to be made with a dash of ginger if you like the idea of a slight tang in the sweet.