Cara, Rosh and Judith in Jaipur. In this photo you can see the restoration work at the palace of mirrors in Amer. 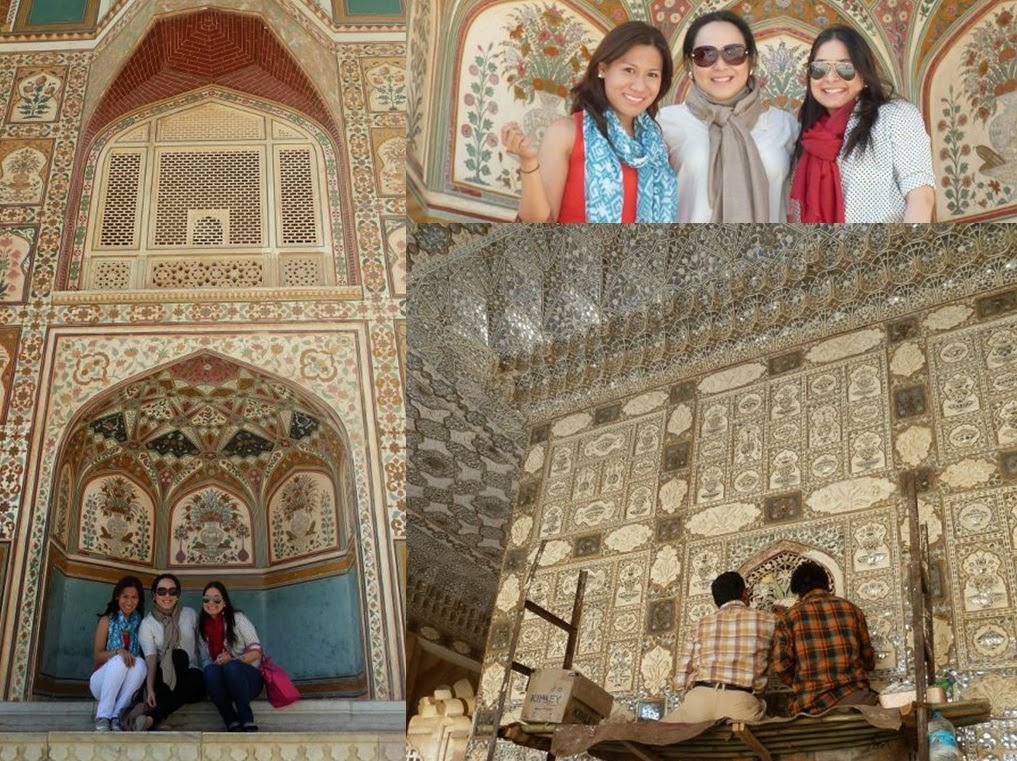 The beautiful Mangeshi Temple is in the Ponda area of Goa, about an hour's drive south-east of Panjim. 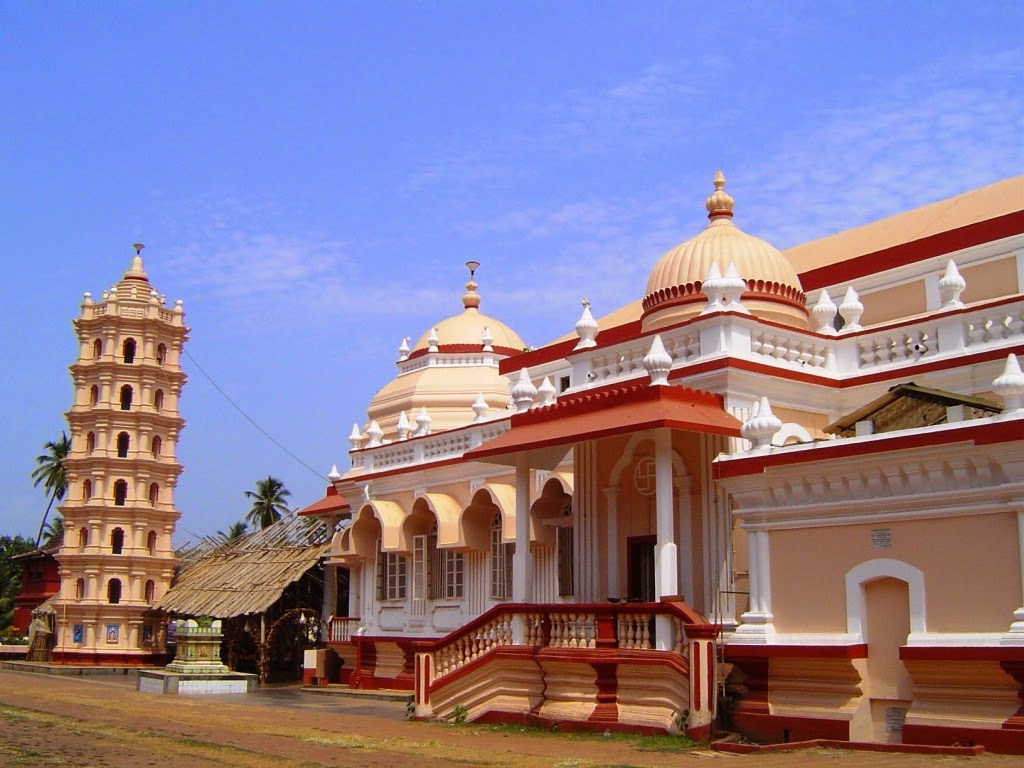 Originally, the deity (a form of Shiva) was installed in a temple at Salcette. When the Portuguese began their depredations and conversions in 1543, the idol was brought to its current site for safety. It was installed at its present site in 1560. Although the Ponda area also fell to the Portuguese in the 1700's the temple stayed unharmed because the Portuguese had become less fanatic by this time.

The temple is primarily associated with the Saraswat Brahmin community of Goa.

Update as on Apr 4, 2014: There is a dress code in place, applicable to both locals and overseas visitors. The basic requirement is that you dress modestly / respectably, and avoid shorts, swimwear, etc. Please note, the Wikipedia entry for this temple is wrong. It says foreign visitors are not allowed, but this is not the case. You are only required to dress and behave appropriately.
Posted by Deepa at 3:50:00 PM No comments: