Continuing the series on the ghats of Varanasi; Jatar Ghat was built in the mid 1800's by the finance secretary of the Gwalior Estate, Balaji Cimadaji Jatar. There is a Laxminarayan temple here, which is in disrepair. The Gwalior Ghat was built by Jayajirao Shinde, the raja of Gwalior. The 1800's was a period when the Maratha empire was prosperous. 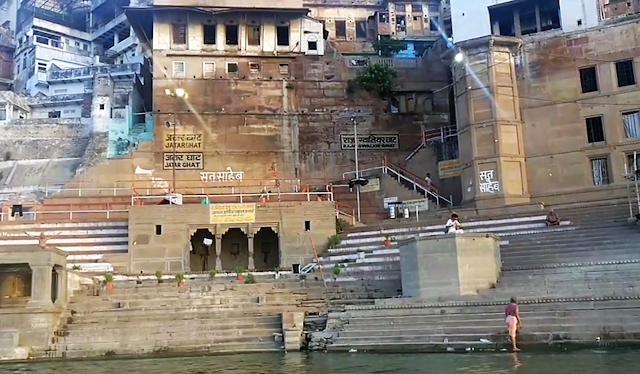 This area of Varanasi even today has many Maharashtrians.

The English scholar and architect James Prinsep, who arrived in Benaras in the 1820s, refers to this ghat as Chor Ghat (Thieves Ghat). Apparently in those days it was known for the disappearance of pilgrims's clothes and belongings :)